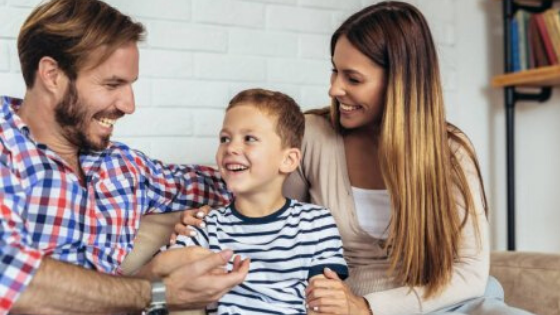 Over the last 12 years, I have learned a lot about brains! Between Colby’s stroke, John’s brain cancer and Riley’s ADHD I have heard the term neuroplasticity many times. I was very excited to have the opportunity to try out Soundsory, a multi-sensory program from Sound for Life Ltd developed to increase neuroplasticity.

The subject of neuroplasticity has come a long way since I was first introduced to it after Colby’s stroke. We were told he would only improve for six months after his stroke, then plateau and that would be the end of any improvements. A couple of years after that Colby’s neurologist saw that he was still making improvements. We had been fortunate enough to be able to do 80 rounds of hyperbaric oxygen treatments and Colby had gone from screaming all the time to smiling and laughing.

I was excited to see if Soundsory would help Colby or not. I was also hoping that I could get Riley and John to use the headphones each day. Colby had a lot to say about that though! A little back story for you to emphasize why this is so important that Colby cared at all.

Colby has never liked music. As an 18-month-old he would hold his fingers to my mouth and say SHHH if I tried to sing to him. He would cry if the music was too loud before his stroke. After the stroke, it was even worse. He could handle loud gunfire from movies, in fact, he loved it and we would teasingly say it was his own version of a lullaby, but the music was a definite no.

I put the headphones on Colby and expected him to start throwing a fit and trying to turn his head to get them off. Instead, his eyes lit up and he started smiling. I was SHOCKED! When the music ended he made his noise which means “Mom come here” so I went over and took the headphones off. If looks could kill, I would be dead! I asked him if he wanted them back on and got a huge smile.

I put them back on but didn’t turn the music back on because you aren’t supposed to listen more than once a day. Another huge mean look, so I turned it back on. Colby listened to 10 days worth of music that day. Every time it would stop, he would call me over to start it again. I tried to take them off as he was falling asleep. His eyes flew open and his hand came up to try and stop me. So Colby slept with them on for 3 days straight! The only time they came off was for a bath and boy did I get yelled at for that.

I asked Colby if Riley or Dad could try them out and more scowling happened. Colby loves the headphones and has definitely claimed them as his.

In case you are new here, you might not know that Colby has no functional use of his arms and legs. He doesn’t walk, sit unassisted, or stand up unless in his stander. So a huge majority of the exercises are not just hard to do but impossible for him. Instead, we do cross-body exercises. Left hand to right foot, right hand to left foot with me moving him. I use his hands to do the body tapping as far as he can go. His back is fused from top to bottom so he can’t bend to do all the way to his feet. I move his legs like he is marching and he loves all of it. This is a kid who won’t do anything at physical therapy because he is sick of 12 years of appointments and he loves this. I cannot emphasize enough how amazing this truly is.

I don’t know if the bone conduction is making the difference or the music or just the combination of it all, but I do know that Soundsory has been a huge blessing to us. I have no way to say that new neural pathways are forming for Colby but the fact that he is tolerating the headphones, and loves them is proof enough for me.

One of these days I will manage to get Riley to use them and I’m confident that they will help her focus better as well. If you have anyone in your life with ADHD/ADD, motor delay, autism or sensory processing disorder, please, check these out. They really are amazing!