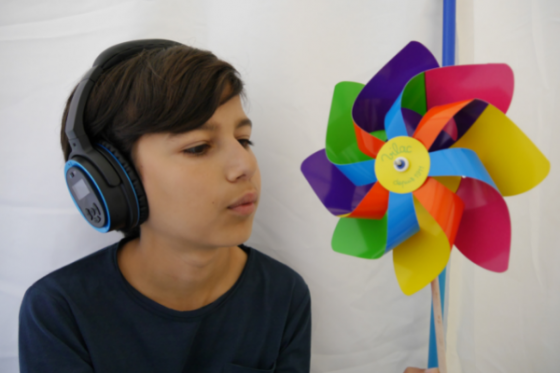 Tomatis? Forbrain? Soundsory? Infinite? It can be a daunting prospect to understand the nuances of the various programs and when to use each program. As a therapist, you begin with your client, as a parent you begin with your child, and if you are using it yourself, then you begin with you. Before you begin, you have to know about the tools, how they work, and how to choose between the different options.

The great news is that all our programs: Tomatis, Forbrain, Soundsory, and Infinite are complementary tools that can be used individually or together to support your needs and the needs of your clients.  First, let’s take a quick moment to give you an overview of each of the programs and then explain various ways you can use them together.

Tomatis is an auditory program that can be used with both adults and children. It can be individualized with programs of various lengths, and various times listening per day. The goal of the Tomatis method is to improve listening abilities that include learning processes, attention, language, and communication, behavioral development, work on body posture, voice, as well as foreign language learning. The Tomatis program is completed by listening to the program through the Infinite headset (we discuss this device below). The Tomatis program consists of various pieces of Mozart, waltz, marches, and Gregorian chants. Daily listening sessions can range from 15 minutes per day to 80 minutes per day, according to the listening capacities of the individual.

Soundsory is a movement and music program with the aim to improve the functioning of the motor system. It is a 40-day program that’s split into two 20-day listening sessions with a break in between. In addition, this program comes with exercises that were specifically designed to support the body. They vary from reflex integration exercises, and gross motor control (bilateral coordination, jumping, hopping, crossing midline) to fine and ocular motor control.

The program consists of 30 minutes of listening per day. Each day consists of 10 different musical tracks that range from jazz, Latin, gospel, marches, children’s songs, and a few classical pieces such as those by Strauss, Hayden, and Bach.

Infinite is a headset that takes you on your Tomatis journey, follows you through that journey, and supports you after that journey. The Infinite Headset comes with three general programs: a warm-up, follow-up 1, follow-up 2, and audio-vocal work. These headphones function in the following ways: first, they are attached directly to a Talksup to deliver you a full Tomatis program. Then during the break, one of the Infinite options is used to support the work achieved by the Tomatis program (warm-up, follow-up 1, follow-up 2, or audio vocal work). Your second Tomatis program is then completed with the Infinite headset. After this program, you may continue with one of the Infinite programs to maintain the Tomatis effect and continue progress and growth.

The three programs on the Infinite headset focus on improving general listening abilities that are more cognitively- and emotionally oriented, and less sensory-motor oriented like the focus of Soundsory. All three programs have a daily listening length of 30 minutes and contain various pieces of Mozart, Hayden, Bach, Handel, and Chevalier de St George. The warmup is a 7-day long program and both follow-up 1 and follow-up 2 are each 15 days long.  In addition, there is audio-vocal work that can be done daily for up to 20 minutes per day, depending on individual needs.

Forbrain is another program that is entirely focused on using the voice and does not come with any musical support. It is a small set of bone conduction headphones that are activated when the individual wearing them speaks. The great thing about these headphones is they do not cover your ears, so you can still hear and listen to what is going on around you. The focus of this program is on improving speech, attention, and memory. By using your voice with these headphones and a patented gating system you are able to enhance your brainpower.

How do we use these programs together?

Now that you have a general overview of how all the programs work, let’s see how we can use these programs together to help our client, child, or ourselves grow, develop, and change. There are so many ways to use these programs in conjunction with each other. Let’s take a look at a few examples and case studies to help you see how they work together.

A 16-year-old who has developmental delays, language delays, low muscle tone, motor planning delays, gross motor delays, and fine motor delays presents to you for help. The client begins with a Tomatis program for 2 weeks, then uses active work on their Infinite, and then continues with their second Tomatis program. At this point, they continue with Soundsory, working with the Infinite program, and finally, they do a modified program of Soundsory in the morning, and Infinite in the evening.

The goal was to start with Tomatis to give this individual an intensive maturational boost to their nervous system. In addition, there was much support needed for the motor system which is why Soundsory was used as an additional support tool. Each program brought continued support, growth, and development to this individual, who is now tremendously more expressive, interactive, livelier, less fearful of physical movement, and overall, better engaged.

This client is on the Autism spectrum, presents motor delays, difficulty with imitation and copying, language delays, and extreme sound sensitivities that made it very difficult to take him to new places, and he would often become stressed, and dysregulated. The child has been working with an Occupational Therapist and Tomatis consultant that recommended they follow a Tomatis program. The parents were hesitant to try a full Tomatis program; unsure that their son could tolerate the time required to listen, so with the advice and support of their therapist, they began with the  Infinite program.

Follow-up 1. Following this program, his family reported a tremendous improvement in his ability to tolerate sounds. He no longer has to wear noise-canceling headphones everywhere he goes. He appeared more relaxed, calmer, and happier. They took a break, and continued with the Infinite program.

Follow-up 2 Continued to demonstrate positive results. He was listening more, following verbal directions more responsively, and still maintaining the improved sound processing gained from the first program. The parents were thrilled and wanted to go even further, so began their individual Tomatis journey. In addition, during the breaks between Infinite and now also the Tomatis programs, they have introduced the audio-vocal work-family style! The client wears the headphones, and the family has a client-focused vocal, verbal, and successful interaction together. Since the sound sensitivities have resolved, the therapist hopes to add Soundsory to the program to address the significant motor delays that this individual still struggles with.

This client was struggling with attention and focus which was impacting their learning in school. The parents sought out an assessment to determine if Tomatis was an appropriate program to help their child.

The assessment showed deficits in sound analysis which lowered his ability to integrate and understand what was presented to him verbally. Analyses showed that it took a lot of effort for him to listen in class, which led to an appearance of inattentiveness. His difficulties also created stress in school because he often was not sure what people were saying. He experienced increased fatigue as a result of his system working harder than those of other students. In addition, his vestibular system showed deficits that supported what teachers had reported to the parents: difficulty sitting in his chair, struggles with handwriting, and impaired fine motor coordination.

This individual began with an individualized Tomatis program using their infinite headphones to help improve the functioning and balance of the listening system. They continued with Infinite active work reading exercises out loud to support academic skills.

Following their second Tomatis intensive the child began with Soundsory and followed the first 20-day listening session. The parents were thrilled with the results. They received positive feedback from school that their child was staying on task for longer periods of time, they had jumped a level in their reading, and had recently joined a baseball team!

Parents arrived at the center with their child who was struggling with motor skills.  He tended to avoid sports, was struggling in gym class, and had a hard time maintaining posture while seated in class. In addition, the parents felt that he was a bit on the clumsy side, and it seemed to them that it would take frequent, multiple attempts, and practice before a skill was learned. According to the parents, the elder brother never seemed to struggle with these types of things.

In addition, they also had feedback from his school that he was struggling to keep up with peers, and that writing was very effortful for him. These difficulties often led to battles over homework at night.  An assessment was completed that supported what the parents were seeing functionally. He had an under-responsive vestibular system, poor bilateral coordination skills, and delayed fine motor and visual-motor skills.

The therapist recommended starting with Soundsory to address the foundational motor skills that were clearly having an impact on his day-to-day activities. The child completed both 20-day sessions of Soundsory.  The parents reported that he seemed to be standing up taller and he was no longer slouched at the dinner table. In addition, they said his marks in gym class improved and his teachers reported him participating more in class.

He was also seen joining his brother in backyard ball games that he’d previously had avoided.  The therapist noticed an increase in endurance and his ability to complete motor tasks. He appeared faster and more coordinated during fine motor tasks. The teachers reported that he was still struggling in class and not yet at the proper age level in academics.

The therapist, therefore, recommended the use of Forbrain with some specific exercises reading aloud to support the continued development and growth of his memory, attention, and learning skills. After 4 weeks of intensive practice and work, this child completed the second 20-day session of Soundsory. The parents reported that at the most recent parent-teacher conference, his teachers reported that their child was staying on task longer and had shown a significant jump in his reading and comprehension abilities.

As you can see, each program supports the other and can be easily used in various combinations because they possess the same fundamental technique: which consists of specific modulations of music both by air conduction and bone conduction.