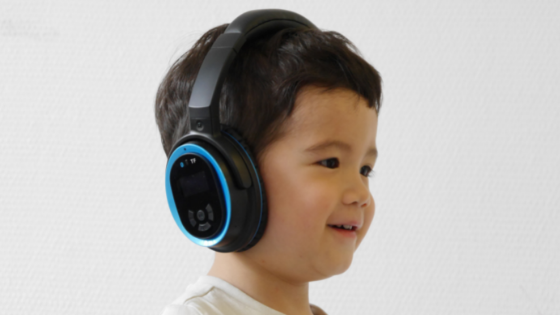 In this post, we would like to showcase the heartwarming stories of Quyen and Christa who have been using Soundsory since the past year. Quyen used Soundsory for her son who had shown signs of auditory processing disorder and Christa’s positive experience with the Soundsory program motivated her to pursue a learning course at the University of Ulm in Germany.

QUYEN’S SON USED SOUNDSORY WHICH HELPED WITH HIS AUDITORY PROCESSING!

Quyen came across the Soundsory program in a Facebook group for parents with children with an auditory processing disorder. It was a recommendation from a fellow parent which convinced her to purchase the program for her son.

She said, “My first impression was how light and compact the headphones were. They fit on my son’s head well and it’s easy for him to listen while doing activities. My son enjoys listening to music while sitting on the swing, playing with his putty or sand, and doing other sensory activities."

She believes her son likely has auditory processing disorder as his brain cannot process sound signals efficiently. Her son completed two rounds of Soundsory and she was able to observe some positive changes. “After each round, my son’s sentences would be one or two words longer and speech is getting more spontaneous. Before the first round, he only spoke in two or three-word sentences but needed us to prompt him a bit to get him to say something. We finished the first round in July, and his sentences got to four-word ones and he spontaneously asked for things he wanted (his sentences were like “want to eat rice", “want to drink milk", “get on the swing"…). We finished the second round in October, and he has spoken in five or six-word sentences since then", she added.

She said, “I think the Soundsory headphones with the bone conduction technology help train his middle ear, so his processing speed improves with each round. We are thankful for the Soundsory program which has helped our son make progress in his journey."

Christa worked with the Soundsory program for the better part of five months before she started to see the benefits of the program.

She often used the headphones to listen to the rhythmic music section of the program while doing household chores, kitchen work, or even writing emails. She also tried Soundsory’s body-movement exercises as well as dance routines while listening to the music.

The program helped and motivated her to sign up for an e-learning course with the University of Ulm.