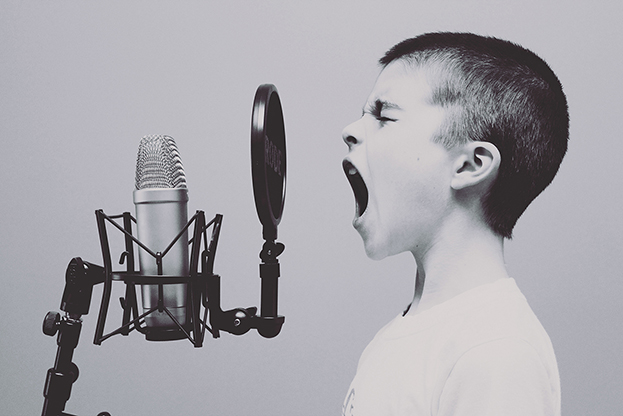 Have you ever struggled to understand someone who is trying to learn English but hasn’t yet grasped the rhythm and structure of the language? You have to make a real effort to try to break down and identify the different parts of the words so you can reconstruct them and understand them — and even then it is difficult, if not impossible to comprehend. No doubt we have all experienced that frustration of trying to understand a beginner’s attempts to communicate in our language. Now, imagine that every verbal communication you received from everybody was that scrambled. If you can relate to that difficulty and feel what it would be like, you can begin to understand what it is like for those people suffering from auditory processing disorder (APD).

Symptoms and Prevalence of APD

The prevalence of APD has been the subject of some debate but it is generally estimated at between 5% and 10%. The difficulty can create multiple problems for sufferers, especially children. The most common problems are identified as follows:

Because of these issues, children with APD tend to feel very isolated, have poor social interaction, feel frustrated and have low self-esteem.

Jaziah is an eleven year-old boy who has been diagnosed with APD. He feels very isolated.

His mother says that her son “doesn’t really talk to other kids and doesn’t talk too much in class, either."

Jaziah is not untypical of kids suffering from this condition and you can find out more about his story here.

The prevalence of APD in adulthood has been estimated at between 10% and 20%. Many of the similar problems carry over from childhood, although adults are better at covering up and coping than children. Some of the coping mechanisms used by adults with CAPD include talking louder than necessary, often requiring words to be repeated, requesting written material where possible, using non-verbal cues to understand including lip reading and eye-contact, and preferring to be on their own.

According to the The U.K. Audiology Society, “APD results from impaired neural function and is characterized by poor recognition, discrimination, separation, grouping, localization, or ordering of speech sounds. It does not solely result from a deficit in general attention, language or other cognitive processes."

The causes of APD can be developmental or learned. However, it is generally accepted now that the disorder is neurological, resulting either from developmental delays or from specific brain insults like head injuries or even ear infections.

APD symptoms can overlap with other cognitive disorders and it can be a challenge to determine the relationship between APD and other conditions. For example, it is estimated that 40% of those with APD also have the symptoms of ADHD. This is not surprising given the difficulty and frustration those with APD have in acoustic processing. In addition, there is overlap between APD and those suffering from sensory processing disorder in general, like for example those on the autism spectrum. This raises some diagnostic challenges in an attempt to determine the type, range and nature of overlap between various neurocognitive disorders.

In order to get the best diagnostic and clinical picture, researchers and clinical groups stress the need for a multidisciplinary approach.

As two leading British researchers in this area, Piers Dawes from the University of Manchester and Dorothy Bishop of Oxford University state: “We regard it as crucial that these different professional groups work together in carrying out assessment, treatment and management of children and undertaking cross-disciplinary research."

One promising diagnostic development is the use of brain imaging to determine functionality in different parts of the brain. In a review of several studies, Lara Micallef of University College, London, suggests that, “areas of abnormal brain activity have been detected, which can provide a more evidence-based diagnosis when imaging is used together with the patient’s history, detailed audiometry, electrophysiological testing, and neuropsychological testing. Some clinical testing might be eliminated if imaging is performed."

Therapy for APD obviously needs to address the brain’s processing of acoustic information and the development of technology promises to improve the efficacy of treatment. Forbrain uses bone conduction technology and digital filters to stimulate the brain and make it pay closer attention to auditory input. By increasing the brain’s attention and exaggerating auditory input, Forbrain changes the auditory loop, retraining the brain to decode sounds more efficiently. Research at the University of Barcelona under the direction of Professor Charles Escera established that the use of Forbrain did result in significant brain training . While recognizing that more research was needed, Dr. Escera concluded that:

“…at least two potential mechanisms may underlie the Forbrain® principles of action: the induction of brain plasticity in the audio-vocal loop resulting in changes in central sound representation, and the sharpening of the cerebral network for attentional control. Further, it is suggested that Forbrain® offers a competitive advantage regarding other auditory and language-related training procedures, and that it may have a remarkable clinical application." (For more information about Dr Escera’s research, please click here).

“The British Society of Audiology and the UK APD Steering Group".

When the Brain Can’t Hear: Unraveling the Mystery of Auditory Processing Disorder
by Teri James Bellis

The Sound of Hope: Recognizing, Coping with, and Treating Your Child’s Auditory Processing Disorder
by Lois Kam Heymann and Rosie O’Donnell