What does a revolution look like? Sometimes it can be bloody, noisy, chaotic and involve thousands, if not millions, of people. Sometimes it is slow and silent and goes one person at a time. In his book, The Brain's Way of Healing: Remarkable discoveries and recoveries from the frontiers of neuroplasticity Dr. Norman Doidge describes the silent revolution that has occurred in medicine over the past fifty years with advances in the understanding of how the brain heals . And the work of one of those revolutionaries, Dr. Alfred Tomatis , is brilliantly described in a chapter about advances in sensory processing that covers such topics as auditory processing disorders, the autism spectrum and even attention deficit disorder. For anyone wanting an engaging but thorough understanding of the techniques and contributions of Dr. Alfred Tomatis, this book is a must read.

Doidge is the perfect blend of arts and science. He studied literary classics and philosophy at the University of Toronto and is a skillful writer who has even published poetry and won numerous awards for his scientific writing. He subsequently became a pre-eminent psychoanalyst and has been at the forefront of explaining advances in neuroscience in an incredibly compelling and engaging way. As he unfolds the story of Alfred Tomatis's breakthrough ideas, the reader is transported to the venues where Tomatis implemented some amazing ideas with incredible results. The anguish of young patients as they try to handle a world made incomprehensible by faulty brain wiring is palpable and tragic. The joy when those same children are able, through Tomatis's help and ingenious brilliance, to throw off the shackles of disability and soar when conventional medicine had written them off, is truly inspirational. 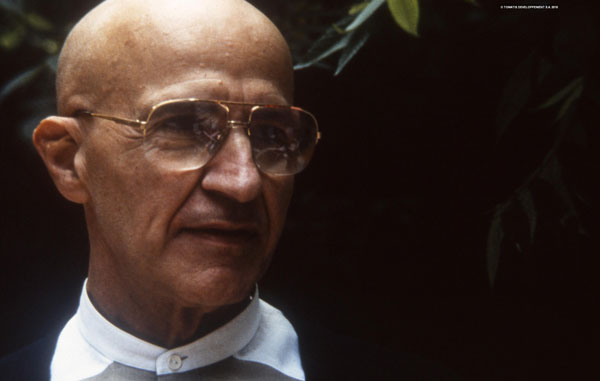 Consider, for example, the case of Paul, a dyslexic and lost teenager who just happened to be at an Abbey in France when Tomatis was called in to figure out why so many of the monks had become depressed and listless. The fact that Dr. Tomatis had been called to help the monks despite the fact that his specialty was not psychiatry but otylaryngology (ear, nose and throat) is testimony to the fact that Tomatis was known as a brilliant diagnostician and mind-body medicine practitioner. Doidge describes Dr. Tomatis like this.

“He was forty-seven years old and stood very straight, a posture developed from years of yoga practice. He had a broad expansive chest, a shaven head (rare in those days), and funny pointed ears. He was an intimidating figure. But when he spoke, his voice was calming, soft, and warm, with a soothing murmur. He had a twinkle in his eye that made Paul feel he really cared. “

After some initial testing at the Abbey, Tomatis concluded that Paul's dyslexia, horrendous educational experiences and low self-confidence were a function of faulty brain wiring. Tomatis suggested Paul come to Paris for some therapy. Once there, Tomatis asked Paul to listen to what sounded like “scratchy, indecipherable static with bits of a tinny-sounding, electronically manipulated Mozart. “

Gradually, Paul was able to decipher some words, then even a sentence. As days went by, Paul was beginning to understand more words, his confidence was growing and his moodiness and sense of alienation were subsiding. Then, one day he realized that amidst the scratchy recordings that he was listening to, was the sound of his own mother's voice. Tomatis had realized that the processing of sound begins in the womb and that a mother's voice was central to laying down the foundations of not just effective listening but also sensory processing.

How did Paul progress with this unconventional training?

“At the end of four weeks he was a different person," writes Doidge.

Tomatis then initiated the active phase of treatment, having Paul listen to his voice through a device that he had created to facilitate the decoding of sounds. Using this technique and with Tomatis's encouragement to hum, repeat sentences and generally work on his enunciation, one day to his surprise Paul found out that he was not just looking at the pictures in a book but reading and understanding it, too.

After Paul succeeded in a boarding school, Tomatis took him under his wing and taught him how the manipulation of sound through his various techniques actually could retrain the brain. The ear was not just about sound processing it had the ability, when properly trained, to impact many cognitive and even physical functions. After Paul completed his psychology degree he opened “listening centers" in France and South Africa. Doidge writes:

“Paul, who as a young boy could barely communicate, was now lecturing in several languages, eloquent in both English and French. With his new “ear,” he was able to learn Spanish quickly. The boy who once could barely organize himself helped set up thirty centers in Mexico, Central America, Europe, South Africa, the United States, and Canada."

If Doidge does a brilliant job showing the Tomatis method in action with Paul he also describes Tomatis's life in stunning detail and color. From the time he was born ten weeks prematurely, through initial challenges with learning, to his compelling compelling insights, we learn about the influences that shaped his life: his opera singing dad, just twenty years old and his teenage mother. His father Umberto, unwittingly became a source of scientific inspiration when he introduced numerous opera singing friends to his son, who was able to make some remarkable deductions about the role of hearing in speech and the how different frequencies affect both.

After studying some of his father's opera singing friends and also researching causes of deafness in an aircraft factory, Tomatis concluded that “one sings with one's ear." Later research showed that the voice can only reproduce the frequencies that the ear can hear. The “Tomatis Effect" had been proven.

Tomatis also discovered that some of his struggling singers could not hear high frequencies well as they were blocked, and so he invented a device to eliminate the low frequencies so that the higher ones could be heard more clearly and thus produced. And so the Electronic Ear was born.

Today, the concept of brain training is just gaining wider currency after the explosion of knowledge derived by a rich decade of neuroscience research. However, sixty years ago the notion of brain training was completely foreign and way outside the conventional wisdom. Moreover, the notion that the ear could be the gateway to drastic changes, not just in auditory processing but also other critical cognitive functions like attention, was considered absurd. That, however, did not deter Tomatis. His Law of Retention stated that exposing the ear to proper frequencies leads to permanent changes in listening and the brain. As Tomatis himself said, “the sensory apparatus we know as the ear is simply an external attribute of the cerebral cortex.”

It was fortunate for Paul that he had happened to be at that Abbey when Tomatis showed up to see if he could help the depressed monks. Of course, he could help them. After discovering that a new edict had stopped the monks' daily practice of Gregorian chanting, Tomatis realized that their retreat into an almost silent world had deprived them of critical nervous system and brain stimulation. Once the chanting was resumed, the monks were restored to health.

Paul now continues to restore his patients to health. They are often children, misfits who show signs of physical, social and emotional clumsiness. Children like Simon whom Doidge describes as autistic-like with major developmental problems but the ability to understand the minds of others. Simon's mother Natalie describes with some reservation about Paul's methods to train her son. She explained how Paul had used music, mostly Mozart, to retrain Simon's brain. The reservation in her voice stemmed only from the fact that she is never sure how people will respond to the notion of treating a developmental disorder with music. However, it worked for Simon.

Five years later, Natalie reports her son was “at the top of his class academically, has more friends than I can schedule in his calendar, is kind, empathetic, and hyperaware of social currency.” Moreover, his movement issues were gone to the point that he was a successful sportsman and even a gold medalist in karate.

Doidge reports that Natalie told him, “The work that Paul and his staff did has changed our lives in so many ways, and so profoundly. I don’t know what I would have done if I hadn’t come across it. I don’t like to think about it.”

Today there are 2000 Tomatis centers around the world. Some of the technology has been updated but the original principles are still the core of training that helps thousands of children and adults each year emerge from the dark confusion of sensory disabilities. Dr. Alfred Tomatis would be proud.

Doidge's book is wonderful guide to the current understanding of the brain and how training in different modalities can be completely transformational. It is also a brilliant tribute to the pioneers, like Alfred Tomatis, who went out on a limb, trusted their instincts and intelligence, to lead a revolution.

For more about the Tomatis method, currently licensed practitioners and centers around the world, please visit www.tomatis.com 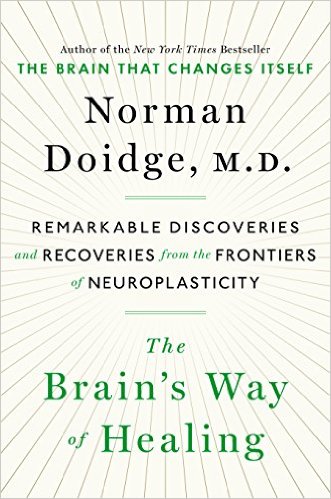 THE BRAIN'S WAY OF HEALING: REMARKABLE RECOVERIES AND DISCOVERIES FROM THE FRONTIERS OF NEUROPLASTICITY
BY NORMAN DOIDGE, 2015.