Technology is providing new ways of measuring and changing the brain. From sophisticated technology to devices that can be used at home, technology promises to make real changes in dealing with all types of behavioral and issues. One such device is Forbrain and is designed to change the brain. Forbrain® focuses on retraining critical parts of the listening dynamics and retrain the brain’s level of attention, resulting in improved sensory processing and memory.

Brain training and assessment has become more possible and more popular with advances in neuroscience and technology. There are many interesting developments in the field that make the assessment and retraining of the brain possible and easy to measure.

One of the major areas in brain training involves the electroencephalograph or EEG. The original technology dates back to the late nineteenth century when researchers were using devices to measure the electrical activity of the brains of animals, like rabbits and monkeys. Hans Berger performed the first human EEG in 1924.

The electrical activity of the brain provides information on what is happening at any one brain location in terms of neural activity. Imagine looking from above at the roads in an area and being able to see the amount of traffic there was at each point on the map. An EEG allows such monitoring of different parts of the brain. An EEG or its variants like quantitative EEG (qEEG), does not measure the structure of the brain like an MRI or other scans, but rather the activity going on at different sites.

It wasn’t that long ago that having an EEG assessment required going to a lab and being hooked up to a big machine. Now a qEEG (Quantitative Electroencephalogram) can be run off a laptop. Sensors are placed at strategic points of the scalp that can detect the electrical activity and measurements taken over a period of a few minutes. Depending on the purpose of the procedure anywhere between 12 and 19 sensors are placed on strategic points of the scalp to collect data from different brain areas. A test usually takes a few minutes. Typically the data is instantly uploaded to a server. There, the data are matched against a database, which accounts for gender and age, and in many cases, a map of the activity is available in a few minutes.

Extensive research into EEG data, particularly over the last 30 years has revealed the significance of findings along a number of variables. The amount and intensity of activity across the brain in general and in specific regions can reveal a lot about brain function. Other measures include how well different parts of the brain are communicating with each other and how well balanced the brain is.

Research has shown the diagnostic value of some of these EEG patterns. For example, the ratio between theta and beta waves is a marker of ADHD in both adults and children. In these cases, ADHD subjects have high levels of theta activity, indicated under-arousal, often in the frontal areas of the brain. The ratio between theta and beta activity is often elevated in those with ADHD and there is evidence that more theta activity is associated with a better response to stimulant medication.

The ability to look at brain activity has implications for almost any psychological or functional condition. For example, there is fascinating work using the EEG on infants to measure their auditory processing abilities and therefore their susceptibility to Auditory Processing Disorder.

For example, Gabriella Mussachia and her colleagues have looked at infants’ ability to discriminate sounds using EEG measures. The ability to accurately process rapidly changing sound signals is the hallmark of language development. Mussachia and her colleagues point out in a 2015 paper that “the acoustic dynamics of the words ‘dad’ and ‘bad’ differ acoustically only over the first 40 msec of the syllable, yet the two have very different meanings and associations. They also point out that: “As early as 2 months of age, infants show the ability to discriminate rapid frequency changes (e.g., < 100 msec); suggesting that the ‘hardware’ for detecting the difference between two acoustically similar syllables is in place.”

This research, therefore, holds the promise of very early identification of APD, with the probability of early intervention.

The research on autism and auditory processing disorder show the tremendous potential of looking at brain wave activity in any disorder. 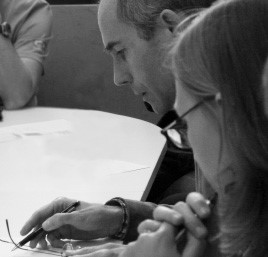 The prospect of this developing technology is that we are now able to look at the brain and determine whether brain training devices really are working. Such work has already been started in the study of Forbrain.

Professor Carles Escera of the university of Barcelona used the EEG among other measures, when he evaluated the impact of Forbrain in an important research study. Escera and his colleagues used measures of electrical activity at critical brain sites to determine levels of attention. He found that while using Forbrain, a user did show greater focus and attention as measured by the electrical activity in the brain, showing that Forbrain did indeed increase the brain’s level of attention. For more information on that study click here.

With more research and advancing technology making it ever easier to measure brain activity, there is the promise that the brain activity underpinning many conditions, especially ADHD, autism spectrum disorder, Auditory Processing Disorder, Speech and Language disorders, can be measured, better understood and ultimately treated.