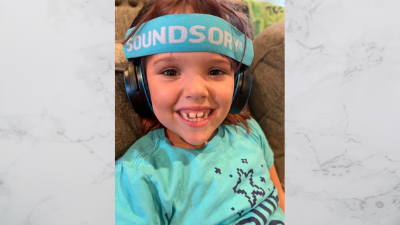 I have recently started using Soundsory with a couple of children and have been delighted with what I’ve observed.  I love that that the headphones are comfortable and the music is enjoyable to the children that have been using it.  There haven’t been any issues with those that I have used it with not wanting to listen again after the first sessions.  So far, I have been using it for children that have needed to work on listening – whether due to ADHD, auditory processing, or sensory processing.

With one 8-year-old boy who has ADHD, dyslexia, and auditory processing issues, family has reported that he is calmer in general after only using the Soundsory system for a couple of weeks and can focus on reading for longer periods of time immediately after listening to the music. He uses it each day while either coloring or riding in the car if they have a drive that is longer than 30 minutes.  It has been noted that he is quieter when talking (he usually is loud) and does not rush through what he is trying to say.  When we work together, he listens to the program first, and I have noticed that he is more engaged and calmer while we are working together.   He also is able to focus better on what is being asked of him without getting frustrated for the first 20 to 30 minutes after listening to the program.  I am hoping to see this time period lengthen as he listens to the Soundsory program over time.

With another young girl who has ADHD, she is listening to the program only before we work together.  She has been able to focus on our time together more readily than she did previously.  She also has been interrupting less during the past few weeks than she did before I introduced the Soundsory program.

I have provided a sensory experience while children are using it – such as playing with kinetic sand or water beads at the same time.

While I have only had my Soundsory headphones for a few weeks, I am excited to see what benefits come from those that are using them in both the near and distant future.